The East Coast Park and… a Skatepark? 東岸公園—滑板活動的新聚腳點

The East Coast Park and… a Skatepark?

A New Approach to Public Space Along the Harbourfront 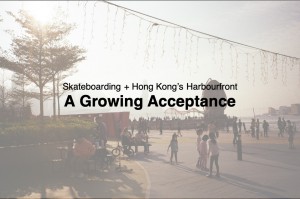 This article is the first in a series on Hong Kong’s relationship with skateboarding.  As skateboarding has grown in popularity, it has laid bare the need for a change in approach by both the Harbourfront Commission and the LCSD.  Lately, complaints have risen from residents nearby Kennedy Town’s Belcher Bay Promenade (see article), which highlights the need for us to examine its relationship with space, and analyze how the city can co-exist with skateboarding.  Fortunately, there are receptive ears in government that recognise the potential positive impacts of it, and are starting to accommodate it.  This first article looks at the growth of skateboarding in Hong Kong’s East Coast Park, a new and much-loved waterfront play space in Fortress Hill.

We Ask for YOUR Input!

As skateboarding has grown in popularity in Hong Kong, it has also become clear that skateboarders lack proper spaces to practice, thus skateboarders have turned to recently upgraded public spaces like the Wan Chai Waterfront, Belcher Bay Promenade, and the East Coast Park.  As the Hong Kong Harbourfront Commission is currently considering how to better accommodate / manage skateboarding, with the potential for a new park to be built, we would like to better understand the community’s needs.  Hong Kong, and Hong Kong Island in particular has long lacked adequate spaces for young people to play along the waterfront, and given the growing interest in sports like skateboarding, roller blading, and cycling, there is an opportunity to push for better representation in the design of new spaces in this treasured part of the city.

If you consider yourself a skateboarder, or have interest in it, please fill out this short survey.  This survey is not a government initiative, and Designing Hong Kong is not affiliated with the Hong Kong government.  However, we believe undertaking an effort to better understand this growing demographic will help Designing Hong Kong push for more active spaces along the waterfront.  We thank you for your time.

Since its completion in September 2021, the East Coast Park along the Fortress Hill waterfront has become wildly popular.  On any given day, at almost any time, you’re likely to find a flurry of activity: kids running around, people relaxing, roller bladers, young cyclists, fitness enthusiasts, and naturally, skateboarders.  We can’t say for sure whether this was intended or not, but the space has become the new default meeting space for skateboarders all over Hong Kong.  It has become so popular with skateboarders, that the city is now designing a new skatepark under the nearby overpass, which presents the city and skateboarding community with an immense opportunity, should it be undertaken correctly.  In order to build a park that avoids the mistakes of others in Hong Kong, the city needs to engage the skateboarding community, to build a space that reflects its needs and ensure its full potential. 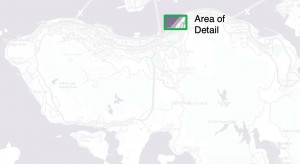 That skateboarding has become so popular in the East Coast Park Precinct is perhaps not a surprise.  As a large, open harbourfront space with smooth ground and great views, it also fills a need for something long craved by the skate community.  “Growing up on Hong Kong island since the age of 7, there were limited public spaces where you were allowed to skate aside from Chai wan skatepark and Morrison Hill racetrack,” remarks Ollie Rodgers, a local skateboarder and filmer.  Despite the many open areas with smooth ground on HK island, skateboarders were shunned from public spaces until recently, thus having to try their luck at other spots in public or commercial spaces.  “It’s great that they now accept skateboarding as a proper hobby and provide a scenic waterfront space for skaters of all levels, ages and genders to come together and skate.”

The way the space is managed also represents a new approach to public space undertaken by the harbourfront commission.  Harbourfront spaces differ from other parks in Hong Kong because they are less regulated, and at the same time are more open to a wider variety of uses.  Parks managed by the Leisure & Cultural Services Department are usually smaller and more limited, and most of the time are off limits for skateboarding (unless they are designated skateboard parks).  Thus, the availability of open space + smooth ground, as well as the organic approach to managing it has made it a natural home for skateboarders.  However, recent events suggest a change is afoot, as we have seen signs in the park telling users to “Pack Up Your Skateboard”.  Does this mean that both young and old skateboarders will be banned from this beloved space?

Fortunately, the city has also apportioned a swath of space under the nearby overpass for an actual skatepark, currently being designed, according to a source from the Harbourfront Commission.  This presents a question for both the Harbourfront Commission and users: How do we design a park that eases stress on the East Coast Park space, but also meets the needs of the skateboarding community?

A skatepark that eases stress on the neighbouring East Coast Park needs to achieve a few things that are concerning to skateboarders.  Firstly, it provides adequate features for more intermediate and advanced skateboarders.  Currently, skateboarders of all levels use the East Coast Park space, yet by its nature, it is more suited for children.  Older, more experienced skateboarders skate faster, pop tricks higher, and are looking for park features that they won’t have to fight pedestrians and children for space on. To clarify however, intermediate to advanced refers more to the tricks done on a certain obstacle, rather than the actual obstacle itself.  For example, a ledge of the right size, in the right location, can be skated by skateboarders of all levels, and past park surveys in other cities (such as in Vancouver), have indicated that basic features like ledges (see photo below) are the most desired feature by skateboarders.  Getting this right will ease stress on the ECP, and give both child skateboarders and pedestrians a safer experience in the park. 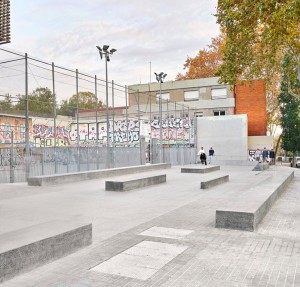 Born Skate Plaza in Barcelona is an excellent example of a variety of simple features that mimic the street spots most desired by skateboarders.

Secondly, the park needs to strike the right balance between street + transition features.  Many parks in history have made the mistake of dedicating too much of the park to large bowls, or half pipes that are in fact not desired by youth.  Tseung Kwan O skatepark is an example of this.  The park has two bowls, and 90% of the time they are empty.  The deeper of the two bowls was actually cordoned off, and the rumored reason behind this is that an old lady fell to her death there, though this is unconfirmed.  This has resulted in almost half of the park being basically un-usable by most skateboarders.  It’s become clear that the majority of users of this park prefer street features, and this should be thoroughly investigated before any design for a new park is confirmed.

The Bowl at TKO Park.  Unloved, and under-utilized.

At this stage, community input is crucial to getting the design and operation right.  A skatepark, if done right, will act not only as a hub for community, easing the burden on other public spaces and sidewalks, it will also draw in activity and give life to previously under-utlized spaces.  Given the premium of space along the waterfront, the cost of getting it wrong again is too high. The Harbourfront commission should look to cities like Vancouver, which has conducted surveys of the skate community every 5 years since the city’s first “skate plaza” was built in 2005.  This input allows the city to better allocate resources and design priorities, ensuring better space for the skate community, as well as less disruption to nearby public spaces for pedestrians.

A Reminder: Please Fill Out Our Survey! 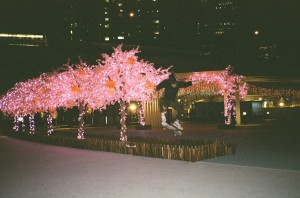 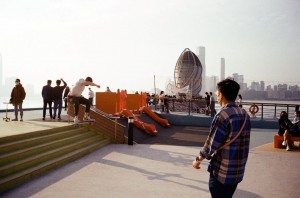 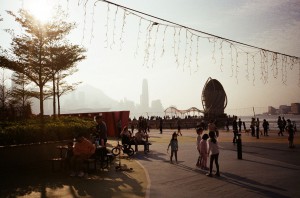 Posted by Samuel in Waste Management | No Comments
Share

Kick off the new year with a journey of discovery!  iDiscover, TrailWatch and Designing Hong Kong are inviting keen hikers, explorers, photographers, heritage enthusiasts and everyone in between to join the Hong Kong Island Coastal Trail Challenge 2022, taking place from January 1st to February 6th 2022.

Connecting known routes, small paths and lost trails, the Hong Kong Island Coastal Trail is a community-created walking route circumnavigating Hong Kong Island’s coastline. The 65-km-long trail is divided into 8 stages, from easy to moderate in difficulty, and has something for everyone to enjoy: from steep, remote mountain climbs to flat urban harbourside walks. Last year, over 200 teams took part in our Coastal Trail Mapping Event to try out the trail while documenting their favourite places and stories along the way. Over 1,500 photos and stories were submitted, capturing the surprising and constantly changing views along the trail. The most compelling stories and eye-catching photographs have been filtered into 40 stops and published in our app and inspired an illustrated map of the trail, designed by local creative Carmen Ng.

END_OF_DOCUMENT_TOKEN_TO_BE_REPLACED

Joint green group recommendations on Northern Metropolis Strategy:
A call for a holistic conservation policy and timetable for the protection of sites of conservation importance 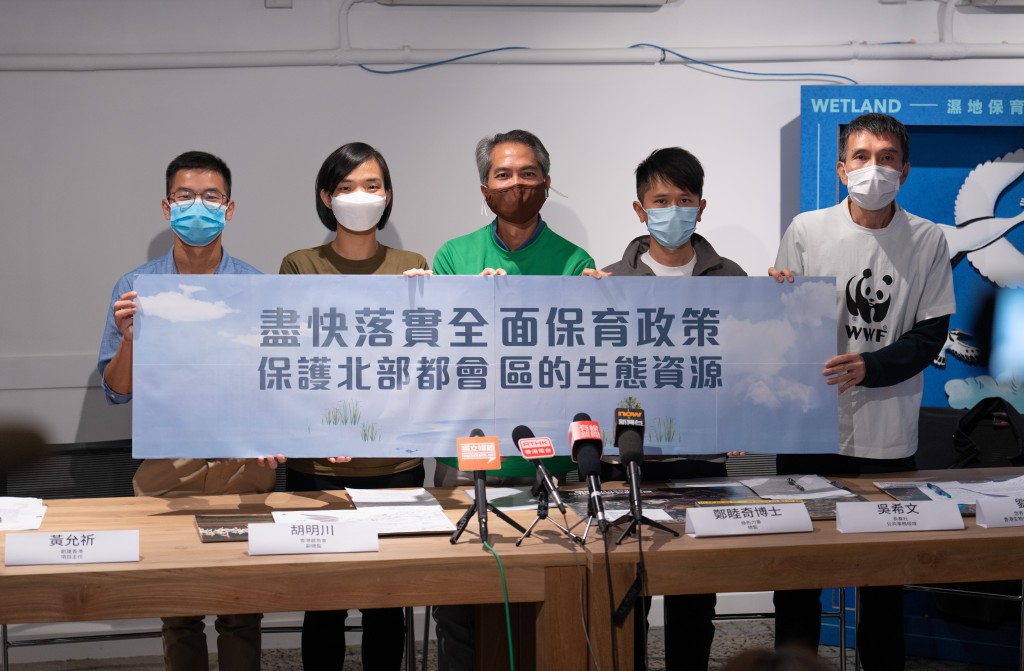 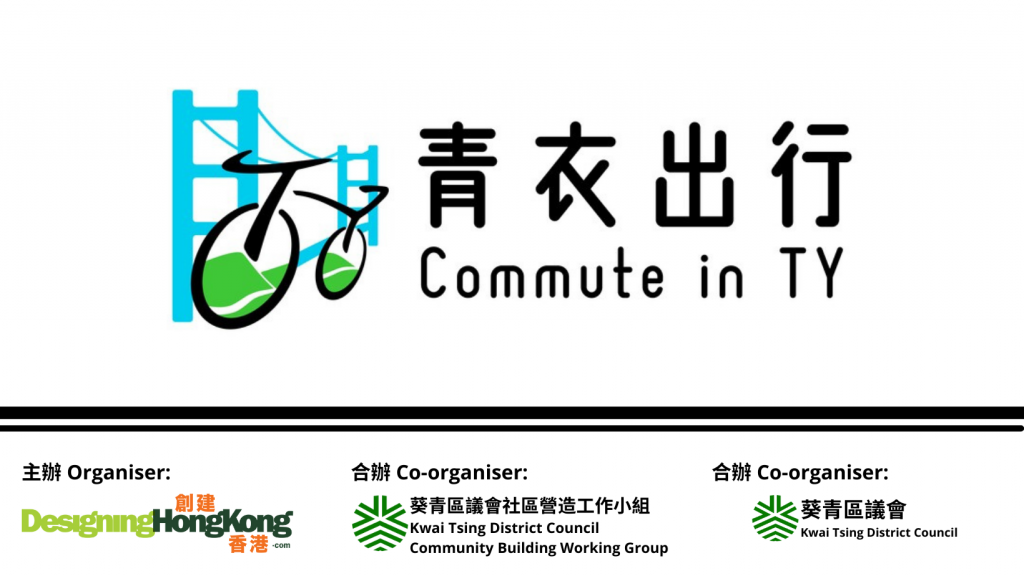 Commute in TY is a community project co-organized by Designing Hong Kong and the Community Building Working Group of the Kwai Tsing District Council. The project is funded by the Kwai Tsing District Council to promote cycling as a transportation mode for daily commute on Tsing Yi Island. The project aims to investigate and propose a cyclists’ commuting path in Tsing Yi, and to educate different road users and the public on the safety of cycling in Tsing Yi.

Since 2002, we have been advocating access along the waterfronts. After we introduced the “Hong Kong Island Coastal Trail” we received suggestions to create trails along other coastlines of Hong Kong. One such request was for a coastal route around Tsing Yi Island, connecting the Tsing Yi Promenade with the Tsing Yi Nature Trails and along Tsing Yi South.

Tsing Yi is the fifth largest island in Hong Kong with a population of around 200,000. The outer perimeter is around 16 km. It is an important transportation hub connecting New Territories West and the urban area of Hong Kong with cross-sea bridges.

We have studied routes, documented sights and destinations, and prepared proposals for improvements which can bring the route closer to the shore. To learn more about the trail, visit our website.

END_OF_DOCUMENT_TOKEN_TO_BE_REPLACED 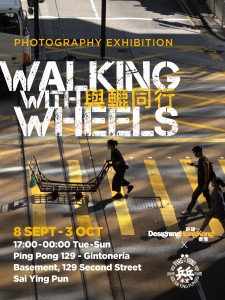 Designing Hong Kong is working hard to improve the Hong Kong Island Coastal Trail. Below is a progress update. 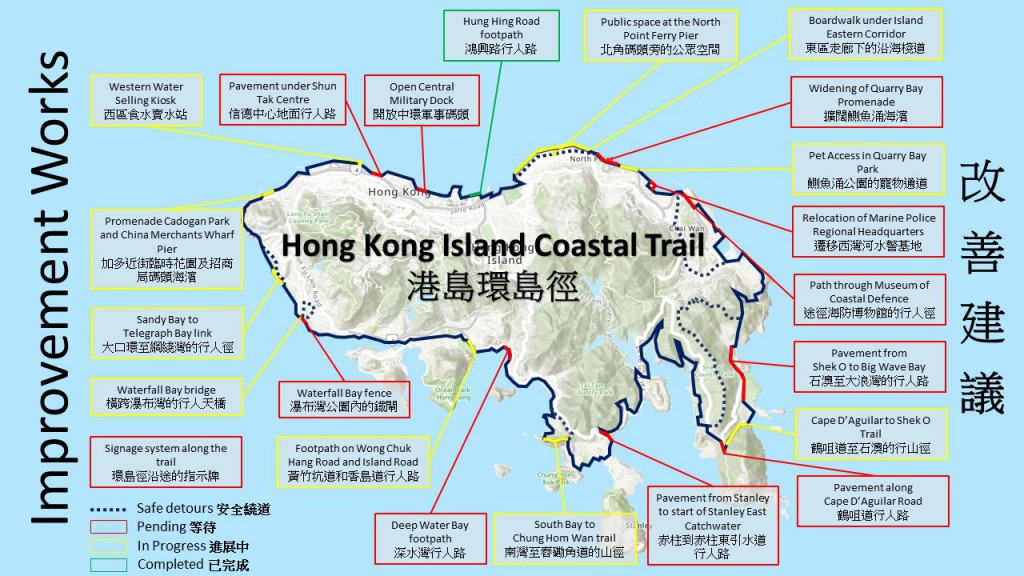 END_OF_DOCUMENT_TOKEN_TO_BE_REPLACED

Posted by Samuel in Environment, Waste Management | No Comments
Share

[Text only available in Chinese] 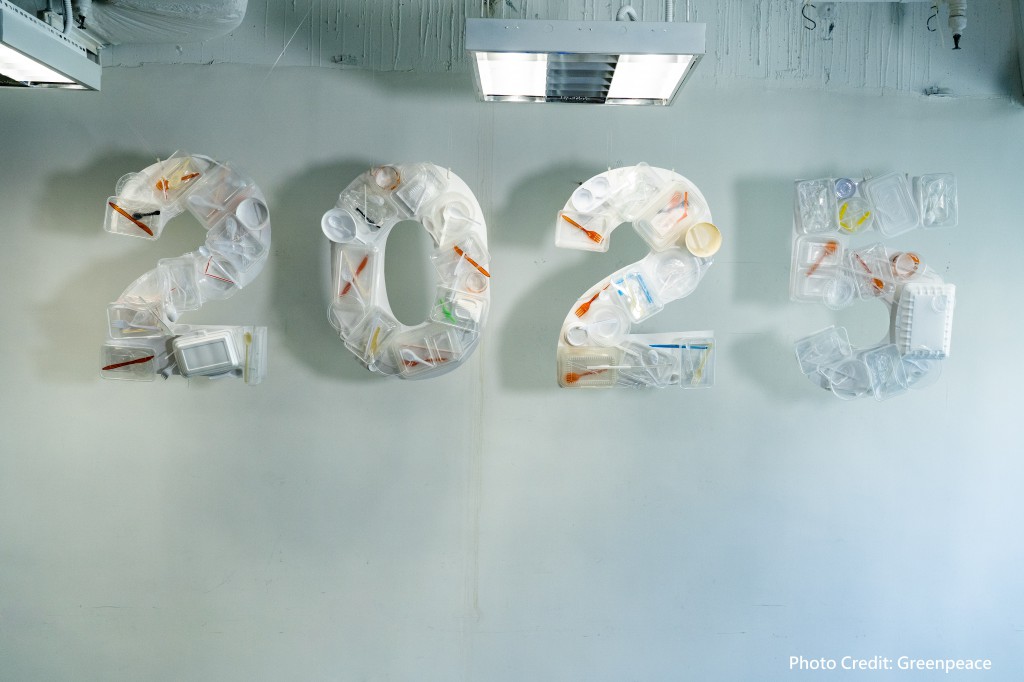