Let’s not blame the rain

For as long as the government has tracked data on marine refuse, it shows that during the rainy season, the weight of marine refuse collected from the seas and shores increases.

The latest increase in floating rubbish washing onto Hong Kong shores has been linked by the government with the recent extreme rain events throughout the region.

The relationship is plausible. Rainwater washes floating debris left on the land into drains, culverts, streams and rivers, and on to the open seas.

Extreme rain also causes flooding which dislodges debris and again this will flow to the sea. So what to do next? First of all, let’s not blame the rain and climate change.

The Pearl River Delta has (for a very long period) had a subtropical climate with rainy seasons. Repeated sudden deluges of large amounts of water have been a fact of life for many centuries. Climate change is predicted to result in fewer rain days but an increase in the average rainfall intensity.

Consumerism is a problem – but not the cause of marine waste

Others blame consumerism and our lifestyle, especially the shift to packaged food distribution, and one-off serving containers for meals and drinks.

While correctly pointing out that behaviour changes can significantly reduce the volumes of waste produced in this region with rapid urbanisation, rise in income and the feeding of millions of workers, it does not address the cause of floating marine refuse.

Floating marine refuse can only be addressed by fixing the structural problem of poorly contained rubbish lying on land.

The coastal dump site at the island of Wei Ling Ding is not the only one along the coast and rivers of the mainland and Hong Kong.

Look no further than the villages and brownfields of the New Territories, or look around Hong Kong Island, and discover how much rubbish lies open and exposed to rain at the government’s refuse collection points.

Add to that the illegal dumping, including hazardous medical waste, by unscrupulous collectors of waste.

By all means, the government should model sea currents to try and pinpoint the source of the recent upsurge in floating waste, but we should not waste time.

With years of evidence of increases in marine refuse during the rainy seasons we can safely agree on the general narrative: we need to waterproof our waste handling from consumers to waste processors, both in Hong Kong and China. And with climate scientists predicting more extreme rainfall, we need to do this sooner rather than later.

Posted by admin in Environment, Waste Management | No Comments
Share

Support smart waste management today
You are invited to submit your comments on a new proposal to build integrated waste handling facilities at our landfills, and to rezone the incinerator site as a marine park.

No time, No space
Within hours after cleaning up dinner or breakfast our waste is dumped in landfills. Helpers, security guards, elderly, cleaners and haulers have little time to strip paper, aluminum cans and other items of value. If we want to improve our recycling rate, we will need more time and more space to sort. But as flats are too small and urban areas densely built up, there is no space left to fully separate waste.

Sharing the waste burden
www.wastehk.org proposes to divide Hong Kong into four catchment areas each with an integrated waste facility for collection, separation, sorting, and stock piling of recyclables. To find the land, www.wastehk.org proposes that two existing landfills, an industrial waterfront site east of Tseung Kwan O and a new site at north-east Lantau are zoned for integrated facilities with sea access. All sites are suitable for high capacity mechanical waste sorting before it is dumped in the landfill.

Your support today
Support this proposal for smart integrated waste management on or before 20 December 2013. See www.wastehk.org for more information.

END_OF_DOCUMENT_TOKEN_TO_BE_REPLACED

Our “Pick It Up” campaign promotes a positive attitude towards picking up litter. We hope that everyone in Hong Kong can work together to make “Pick It Up” a habit. Keeping Hong Kong tidy and clean, no longer about ‘not littering’, but about ‘picking up’ after oneself! If you are interested to collaborate with or have any idea, please contact us via email [email protected] or call Ms Debby Chan 31043107 for following up!

Posted by admin in Environment, Waste Management | No Comments
Share

Jo Wilson, campaigner at Living Lamma explained, “I was not surprised. People always think garbage on the beach comes drifting down the Pearl River Delta. We chose to monitor this beach as the rubbish we found there in the past largely contained local brands. Our findings show that beach litter is our own problem. Many people don’t realize that litter on the streets and slopes will end up in our seas, and back onto our beaches.”

Paul Zimmerman, CEO, Designing Hong Kong added, “We hope that brand names like VITA will take action and use their labeling to remind consumers to dispose bottles properly. At the same time, the Hong Kong community should consider adding a recycling charge onto plastic bottles and not just glass bottles, to promote recovery and return for recycling use.”

Living Lamma and Designing Hong Kong see the “Brand on the Beach” award event as part of a growing “Pick It Up” attitude in Hong Kong. People are responding to a positive attitude which promotes: “Don’t just look at the trash or complain about it, pick it up.” Last summer, members of the public helped clear up plastic pellets after the Vicente Typhoon. The AFCD has removed waste bins from Country Parks and asks people to carry their waste out of the parks. An increasing number of people are getting involved in coastal clean-up campaigns.

“Next, we hope fast food chains will ask patrons to return their food tray to a cleaning station before leaving. Maybe they can consider discount coupons in return. It is no longer about ‘not littering’, but about ‘picking up’ garbage. A campaign everyone including retailers and brand companies can help with.” Paul Zimmerman concluded.

The next clean up on Lamma will be on Sunday April 14th, anyone who is interested please send email to Jo at [email protected] 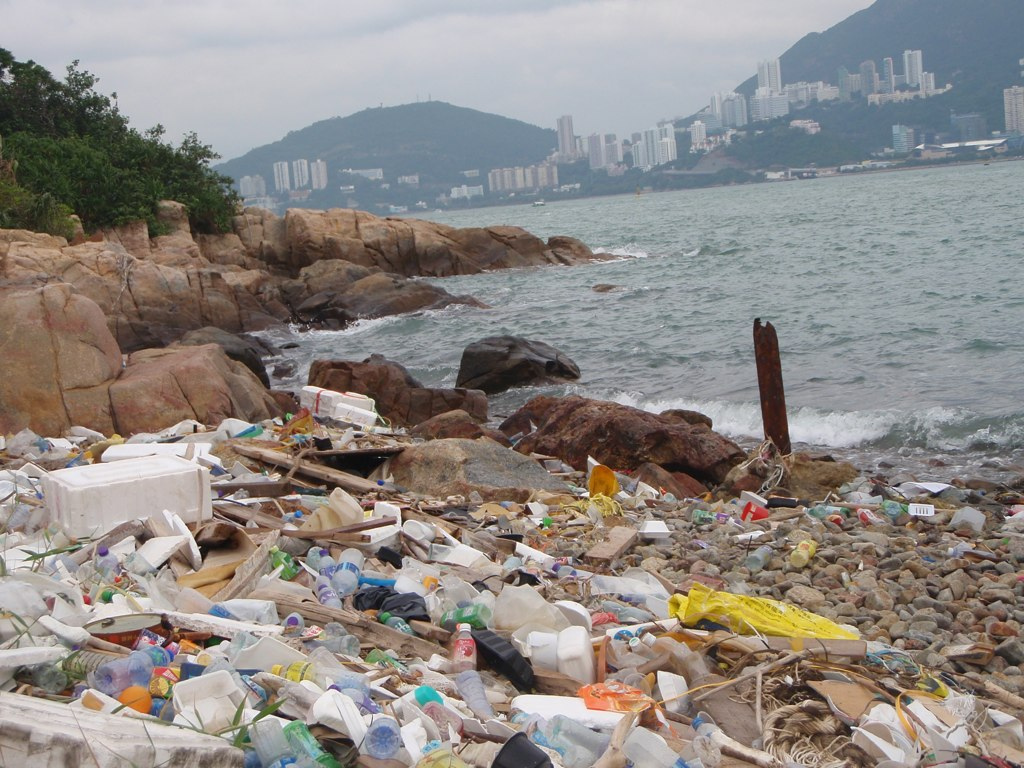 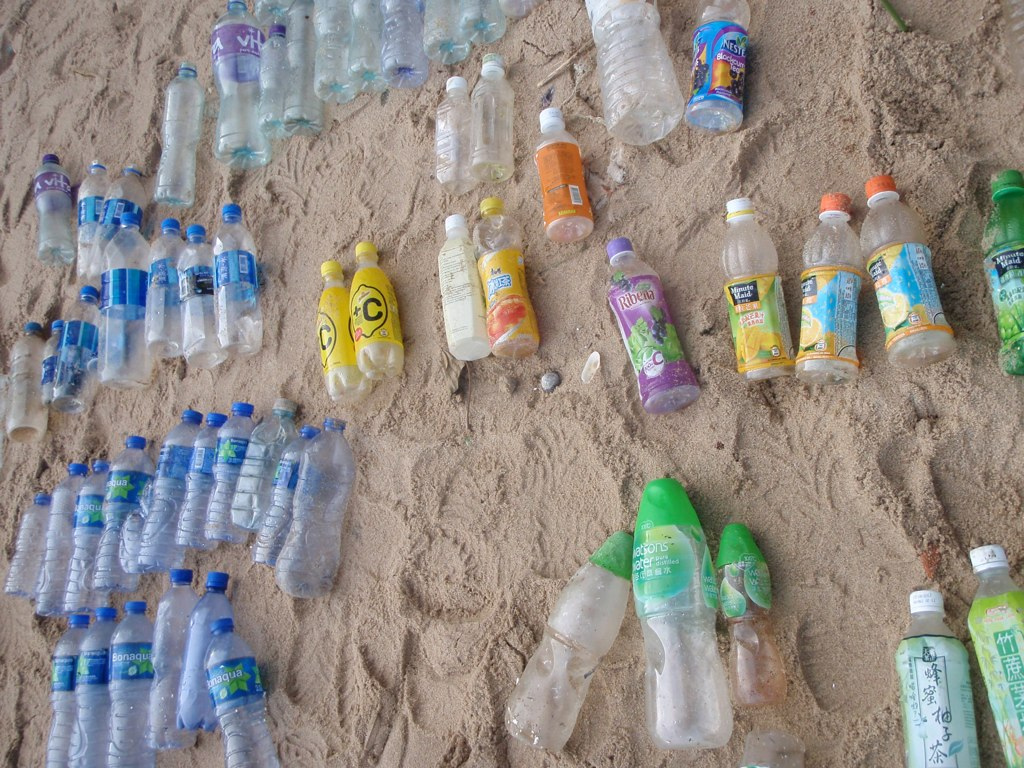