Queen’s Pier was demolished in 2007 as part of the Central reclamation. It has since been in a government storage facility on Lantau Island.

The Development Bureau proposes re-assembly of Queen’s Pier between piers 9 and 10. The cost is around HK$300 million. It includes expensive marine works, reconstructing the seawall and provision of landing steps.

At the same time, the Development Bureau proposes to build a covered piazza near the original site of Queen’s Pier at City Hall. The piazza will “through paving and landscape design … commemorate the historical significance of Queen’s Pier.” The estimated cost is 55 million. (C&W DC Paper No. 44/2016).

Our proposal is to re-assemble Queen’s Pier at City Hall (as close as possible to its original location):

2. Re-instate Edinburgh Place as a place of ceremony, including City Hall, the dias, Queen’s Pier and the Memorial Garden;

3. Queen’s Pier near its original location will remind hongkongers and visitors of one of Victoria Harbour’s former coastlines;

4. The Queen’s Pier roof will provide shelter from sun and rain for those visiting Edinburgh Place, and seating for those waiting for transport along Lung Wu Road. 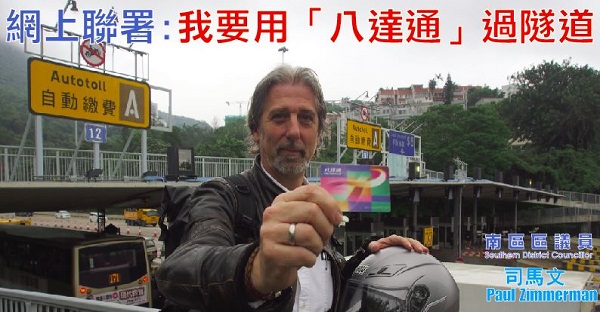 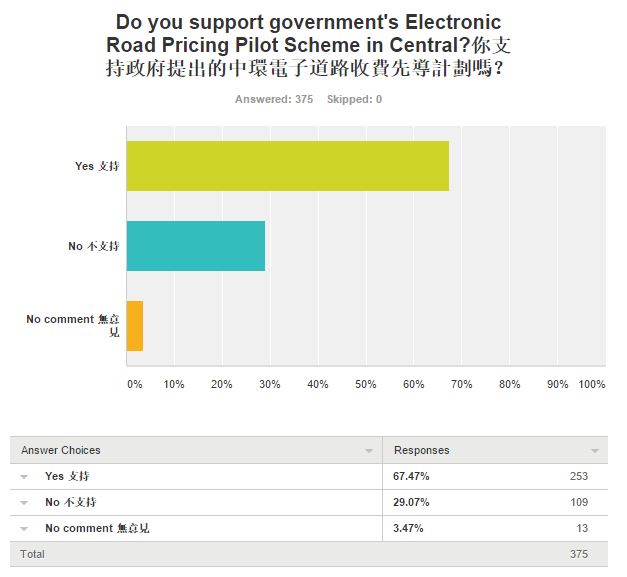 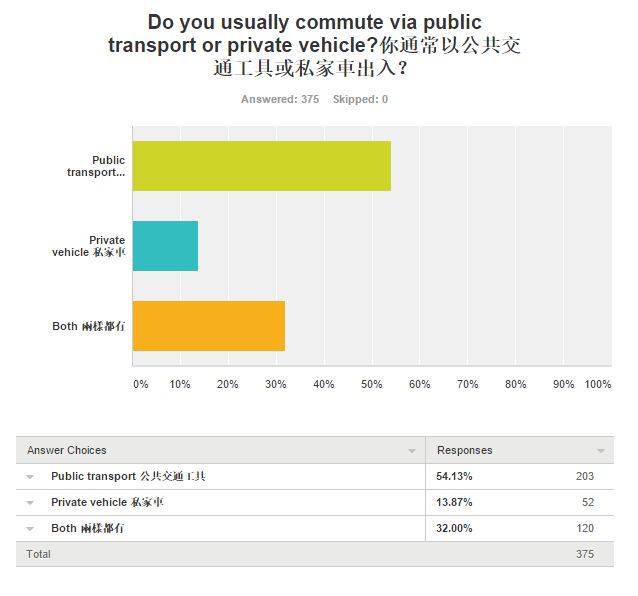 ————————————-
The government is consulting the public on its proposed pilot scheme for electronic road pricing in Central. (Click here for the public engagement document).

Do you support the proposal? Object? Any views on the details? You can write to Government directly, or take part in our online survey (link: https://www.surveymonkey.com/r/VZ5DQ9S). Our office will consolidate and report the responses to the government.

In the meantime, please find below our CEO Paul Zimmerman’s personal view as published in Southside magazine – in short Paul proposes there is no charging for the use of Connaught/Gloucester Road Corridor, but for the use of the inner areas only.

Let us know your views.

Play in the Tak 玩德節

Play in the Tak

Join and connect with friends – come and play along Tak 玩德節- the original name for “Des Voeux Road Central”.

The Tak festival starts 27th February and runs till end of March.

Sections of the street will be transformed into experimental playgrounds. You are invited to play Jenga on the street corner, join a sidewalk gaming tour, and discover hidden gems in alleys and lanes to start an interesting conversation with strangers. You can join workshops, exhibitions, talks and events.

The upcoming sale of a government building in Mong Kok is a valuable chance to improve walkability in the area, but officials are shirking their responsibility. An edited version of the article below appeared in the South China Morning Post on 2 January 2016.

I like the Ombudsman’s recent public announcements that tai chi is healthy, but not in public administration. Tai chi, in local slang, means to shirk responsibility. The Ombudsman, Connie Lau Yin-hing, is already so busy clearing obvious cases of maladministration that I wonder whether she will have time for the well-practised, evasive language bureaucrats dish out when they reply to proposals and questions.

In our campaign to improve walkability, our latest encounter with tai chi is over the sale of the Trade and Industry Department (TID) Tower, formerly known as Argyle Centre Tower II, on Nathan Road in Mong Kok. It is a 1980s building owned by the government. The tender for its sale closes on January 8. We have asked for it to include terms which oblige the buyer to internalise the links to Mong Kok MTR station and the Mong Kok Road footbridge. These stairs and escalators currently obstruct pavements and roads surrounding the building. Mongkok MTR station exits B1, B2 and B3 occupy the south and east pavements. Staircases of the Mongkok Road footbridge built by Sun Hung Kei occupy the pavement and two lanes of Mong Kok Road north of the building.

Removing these structures from the adjacent pavements and roads would improve pedestrian and vehicular circulation at street level. Moreover, linking the footbridge with a new Argyle Street footbridge via the Argyle Centre Towers is a critical piece of the puzzle the government has been struggling with: the creation of a comprehensive elevated pedestrian network desperately needed to alleviate the overcrowding of Mong Kok’s streets.

The sale of the building is a one-off opportunity to improve walkability. If we fail to spell out these requirements in the tender, it will be hard to convince the buyer to give up gross floor area and to invest in the works later.

The Government Property Agency’s first move to shirk responsibility was outrageous. It said: “Having consulted the Transport Department, we note that it would cause inconvenience to the pedestrians. It would require pedestrians to pass through the internal area of the building before reaching the footbridge and Nathan Road. The route, which will not be open at all times, will be indirect and is not desirable from the perspectives of property management and cost-effectiveness.”

We pointed out that there are many buildings in Hong Kong where this happens all the time, including 100 Queen’s Road Central and the Central-Mid-Levels escalator.

The second tai chi move was claiming that our proposal for amending the tender would cause undue delay to the disposal of the building. The government decided to proceed as scheduled so that “the office space in the TID Tower can be released to the market in a timely manner in accordance with our announced plan to increase the supply of commercial space in prime locations to meet keen market demand”.

This is not the first time we have encountered a misplaced focus on expediency over walkability.

When it became clear in 2009 that the Tamar footbridge would stop 10cm short of Admiralty Centre, we wrote to the government and pointed out the importance of a direct link into the elevated system of Queensway Plaza, Pacific Place and the connected buildings. Officials replied that it would require too much time to negotiate with the owners of Admiralty Centre. So instead, we now all have to go down to street level and back up again to continue on our way.

The government’s third tai chi move talked of how they would “encourage the successful bidder to consider ways of enhancing the connection between the TID Tower and the existing footbridge system and adjoining commercial buildings to improve the surrounding environment”.

From the failures to link Kowloon Bay Station and MegaBox, the Sheraton Hotel and the Middle Road Tunnel, and the Nexxus Building and the Central footbridge, we know that encouragement means little in the Government’s dictionary.

Which department will be responsible for such “encouraging” once the building has been sold? Would this include links to the MTR? Who would pay for the removal of the structures on the pavements and road? Will a bonus plot ratio be offered to compensate for the public passages through the property? Will the land premium be waived for the links over and under government land? These questions go on.

All this would be so much easier to resolve before selling the building. Instead, we will have to wait and see whether this encouragement is real or simply a wimpy tai chi move, another one for the Ombudsman’s tray.

The Government has announced the sale of the vacant Trade and Industry Department Tower (TID Tower) in Mongkok to the private sector.

This provides an one-off opportunity to relocate the lifts and staircases connecting the Mongkok Road Footbridge System and the Mongkok MTR station into the TID Tower.

Exits B1, B2 and B3 of the Mongkok MTR station occupy adjacent pavements, and the adjacent section of Mongkok Road was reduced by two lanes for staircases and lifts to the footbridge.

Roads and pavements around the TID Tower are narrow. Relocating the staircases and lifts would allow widening of the footway, the carriageway, or both.

It is common in Hong Kong to ask property owners to create public access to footbridges and MTR stations. Architects and developers understand the design, engineering and management challenges of internalizing public lifts and staircases, and allowing pedestrians to pass through private buildings.

The obligation to incorporate the staircases and lifts would not be detrimental to a sale. By specifying 24 hour access, minimum width and capacity in the tender, potential buyers can consider the implications prior to making their bid for this government property.

Whether buyers plan to redevelop the site or re-use the building as is, they will simply consider the cost and the space needed, and adjust the amount they bid accordingly.

The sale of the TID Tower provides a ‘once and for all’ opportunity. Once the site is sold it will be difficult to improve the area as future resumption is unpractical.

Making changes to the tender will cause a slight delay in the sale of the TID Tower. It is worth the effort as it would improve the pedestrian environment and traffic flow, and make Mongkok a better place for all. 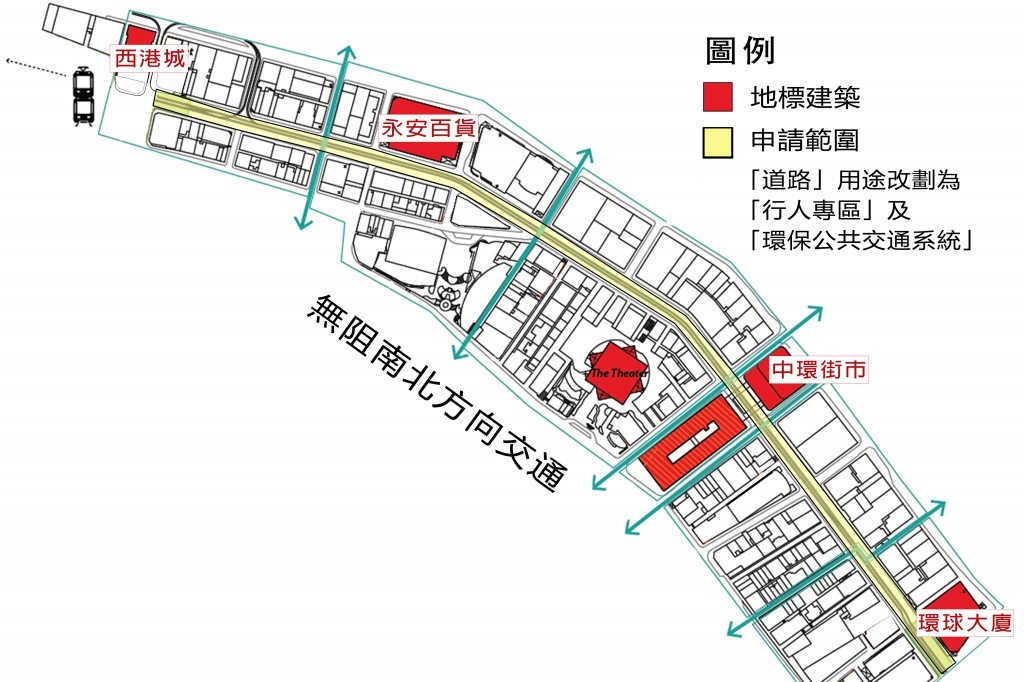 Please go to the link below to sign the petition:
請到以下連結參與聯署：
http://designinghongkong.com/forms/view.php?id=47407

以下為對「小販管理建議」的回應：
Here are our comments regarding the hawker management policy suggested by the government:

2.我們要求額外的原則，包括店面延伸及戶外座位的安排
We urge for an additional principle together with Shop Extensions and Outdoor Seating Arrangements

3.我們支持政府所提出的建議
We support the measures proposed by government

4.小販不是社會福利
Hawker trade is not welfare 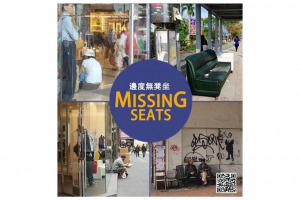