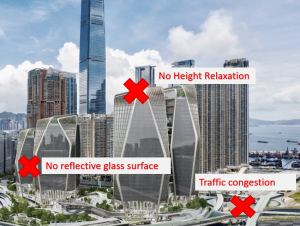 We conducted a public opinion survey between September 28th to October 6th regarding the captioned application. 143 people submitted their responses.

By Friday Oct 9, please submit your comments to Town Planning Board at https://www.info.gov.hk/tpb/tc/plan_application/A_K20_133.html